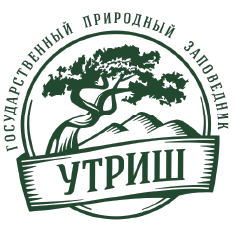 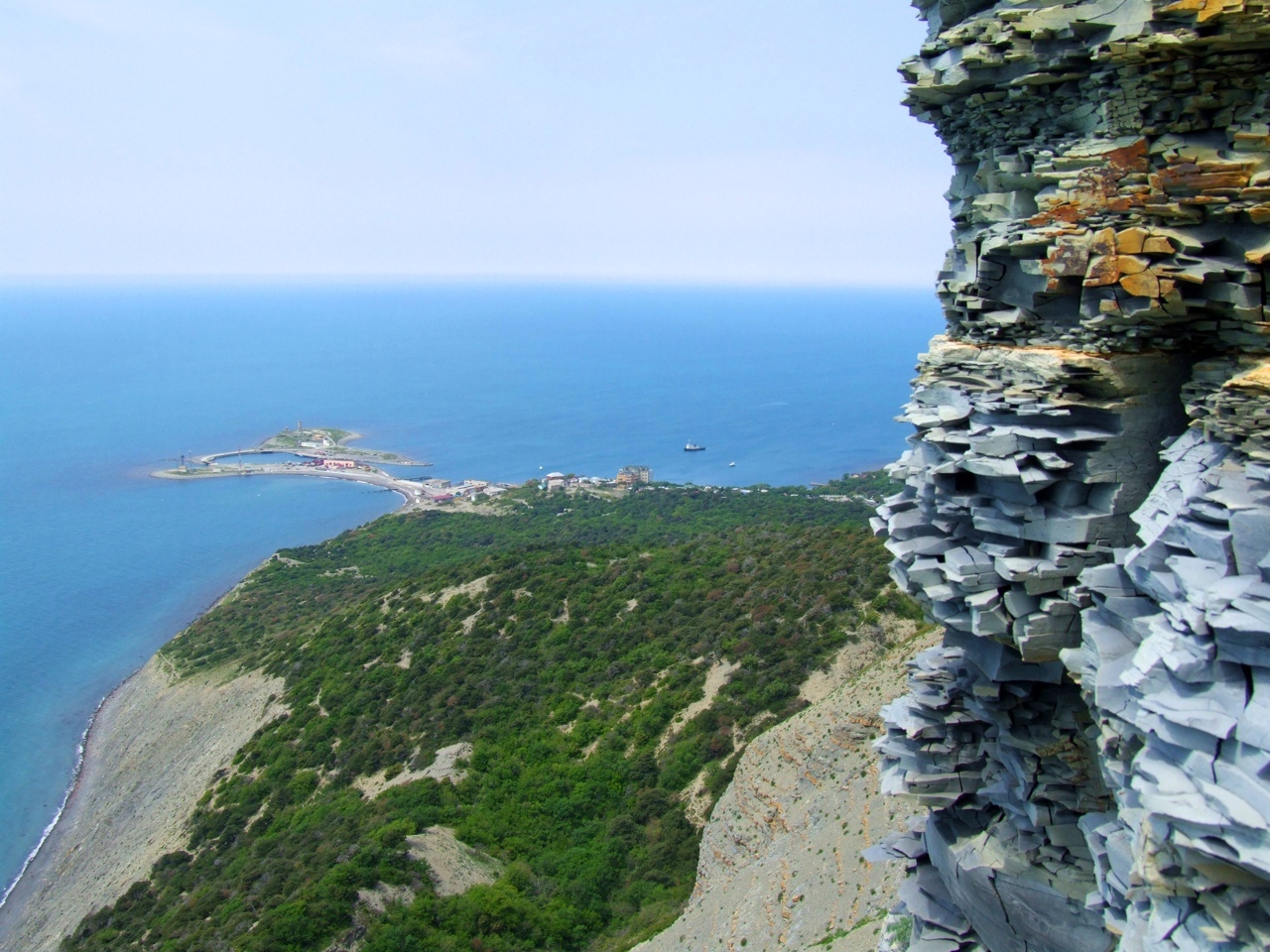 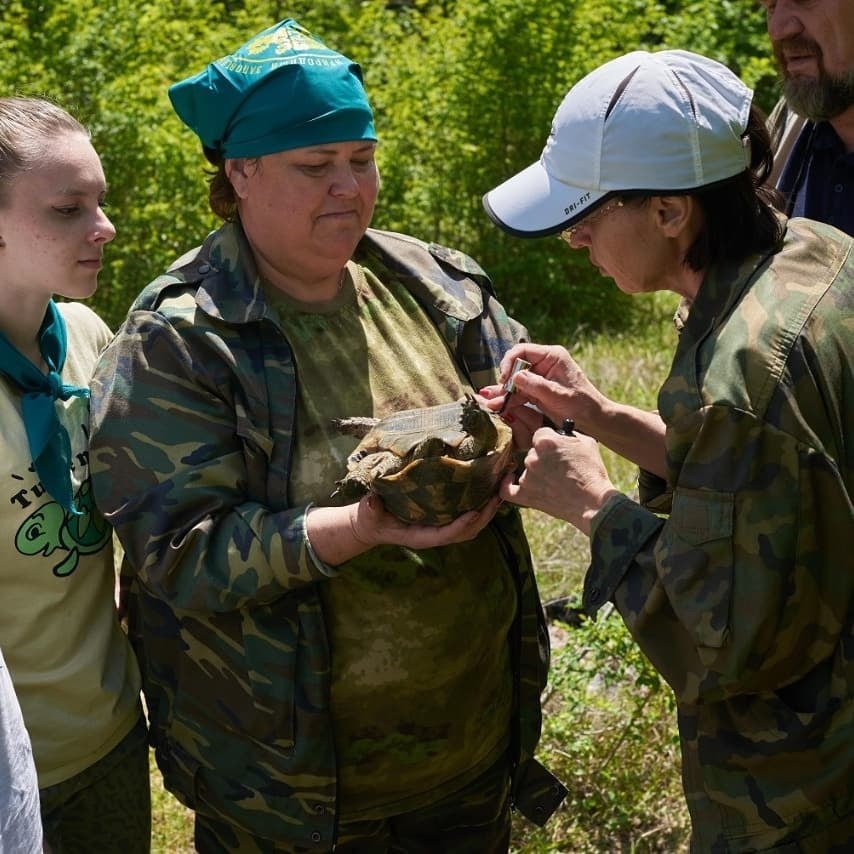 Abstract
Testudo graeca belongs to the ancient relict family of the Tertiary fauna of the Mediterranea wich retained till our days. The modern area of it formed in the middle Pliocene during the reduce of Pontian sea and broke away from the Caspian Sea. The present day area of Те sludo graeca at the territory of the Caucasus consists of two unequel parts. The biggest part covers the territory of Dagestan, .Azerbaijan, Eastern Georgia and Armenia (subspecies T. graeca ibera), the smallest one - the Caucasus Black Sea coast (T. graeca nikolskii).

Introduction
The modern area of the species Testudo graeca at the Caucasus is divided into two unequelparts. The biggest part covers the territory of Dagestan, Azerbaijan, Eastern Georgia and Armenia. It is the northernmost part of area of subspecies Testudo graeca ibera which inhabits also Asia to the south. The smallest part of T. g raeca area covers the north-eastern Black Sea Coast.
Earliar because of the absence of the serial material on the eastern Caucasus land tortoises, according to the occuarance of them in the Western Geogia it was disided that the area of this species was uninterrupted in Holocene in Caucasus (Bagradze, Chikvadze, 1984). V.M.Chikvadze and B.S.Tuniev (1986) served the problem of sistimatic position of the western Caucasus Tortoise by discovering of the new subspecies T.g. nikolskii. While discovering of the new subspecies the authers took into account only such indicators which can’t be handled statistically (Tab 1).

Litereture data were used for the analisys of the land genesis at Caucasus region.

Investigation of the Black Sea population of Testudo graeca nikolskii was conducted at Abrau peninsula at the sample transects and squares. The data on T.g. ibera from the CaspianSea coast were given to us by M. V.Galichenko. The tortoises were measured according to the standard methods. We had got the seria of measurements of adult individuals larger than 170 mm: 44 males from the Black Sea coast and 49 - from the Caspian Sea coast. Six standard measurements were made on each individual: the length, the width, the height, the length of three plastron shields saparately (b, e-max, e-min).

Determination of morphological similarity of males from two populations was conducted with the help of “coefficient of differences” using the rule “75” ( Mair, 1971).

According to the “75% rule” the population is believed to be the saparate subspecies if 75% of its individuals differ from the main part (97%) of the previously sapparated subspecies. In this case CD is eaquil near 1,28

The results and discution

The history o f appearance of the isolated part of the Testudo graeca area at the Black Sea coast o f Russia is not found out till now. In order to understand the occurence of this population we may analyse the historical way of the development of inland seas of the Caucasus region, the changes of the climate from ther middle Pliocene till our days. The theory of the penetration of tortoises to the north-eastern part of the Caucasus through Pontida. (Inozemtsev, Pereshkolnik, 1987) is rother debatable. The Pontic land reached its maximum development at the end of Pliocene (Puzanov, 1929). At that period the tortoise Testudo bosporica riabini existed there. The remains of it were found in Crimia near Kerch and Opuk mountain ( Chikvadze, 1989). But at that time they couldn’t appear at the Caucasus because of the water barrier. In the middle o f Pliocene (Cimmerian century) the Pontic sea bigan to reduce in its size and divided into separate basins. The Pontic Sea separated from the Caspian sea. The ancient boader of the Pontic Sea
receded toward the south opening the Ukraine stepes and later the stepes of Crimia. Maybe the quick digression of the sea at the north was a result of Pontida submergence. The climate in Cimmerian period was tropical, aspecialy near Kerch and Caucasus coast. Big original molluscs of the tropical type inhabited the southern part of the Cimmerian basin at that time. Some widening o f the sea took place in the high Pliocene, but at the same time the climate began to change and became colder. The climatic zoning at the beginning o f the Quaternary (Anthropogene) period was simmilar to the mordem one.

Cooling by 10-15° С which took place in the middle of the early Pleistocene lead to the widening o f ice cover in the polar regions ( Ushakov, 1984).

After the Chaudine transgression the northern coast of the Black Sea receded to the south. The level of the Black Sea was 30-50 m lower than the mordem one and the coastline went in the form of convex line to the north from the cape Emine to the south coast of the Crimia and then till Novorossijsk. Geologists explain the movement of the coast line to the south in different ways. That took place thanks to the drying of the sea according to the oppinion of some authers, thanks to the rising of the land, according to others. Now exists the opinion that submurgence of the great mass Pontic land must cause the ebb of the Shallow waters at the north for filling up of the widing and deeping depression at the south. We can suppose that Testudo graeca remained in Crimia after the distroying of Pontida in Likhvin interglaciaL removed into Novorossijsk region and then till Kolchida lowland. At that time the contact between the blacksea and the east-caucasus populations had to be constant or had interrupted not long ago because morphological differences of both populations is not great. In the case if there wasn’t such contact the isolation of the tortoises begining from Dnieper period could lead to the to the greater morphological differances than existing now.

After this period of sea reduction the great ancient Euxine transgression together with Hozarsk transgression of the Caspian Sea.took place. The contact between the Black and the Caspian seas reestablished. That transgression took place at the same time as Dnieper Ice Age. It was impossible for tortoises to penetrate to the Black Sea coast of Caucasus from the north because of the severe climate.

Let us investigate in ditales the last Valdai Ice Age which began 70 thousand years ago. Geological colomns from the sea bottom showed that the deep regression called New Euxine was before the recent basin ( the lowest point was 30 thousand years ago). By the ancient coastal forms and terraces at the sea bottom and also by the drowen rivers mouths it was determined that the level o f the sea was not higher than the same in our days (40-60 meters above sea level) (Markov et al.,1968). Only near 8-9 thousand years ago the ancient and new Black sea transgressions wich took place at the same time as the end o f the Ice Apoch transformed the water basins into the recent Black Sea (Markov, 1968). In present time a lot o f residues of tortoise from Holocene deposits of Caucasus ( Вagradze, Chikvadze, 1984).
Here are the knowen places of the found fossile tortoises (according to Bagradze, Chikvadze, 1984): Tamanskii peninsula: diluvium deposits (Alekperov, 1978,);
Mingechaur: graves of the 12-19 senturies before our era (Hozatsij, Alekperov, 1957, Alekperov, 1978);
Imeris mountain: discovered paleontological settlement (Bendukidze, 1979);
Wight Curve: Eneolithic (Vekua, Kalandadze, Chikvadze, 1979);
Tsopv: Eneolithic settlement (Bendukidze, 1979);
Aruhlo: discovered Eneolithic settlement ( Bendukidze, 1979);
Darkvuetis Ahi: Neolithic (Mesolithic? ) (Bendukidze, 1972);
Zuzhvati: Palaeolithic, the late Mousterian ( Vekua, 1972);
Hvena curve in the eastern Geogia: Holocene (Vekua et al., 1980);
Samele Kade: Holocene (Bendukidze, 1972);
Verin Hatunorh in Armenia. 4-5 thousand years before our era (Chikvadze, 1977);
Damdgili: late Palaeolithic ( Guseinov, 1960, Aliev, 1969);
Azich: the middle Acheulian (Aliev, 1969);
Talgar: Palaeolithic, developed Mousterian ( the oral information from D.V.Gadgiev).
All the findings of the ancient tortoises are dated not older than the late Palaeocene ( 12 thousand years before our era), from Alleroed interstadial of Valdai Ice Age. Maybe only with the warming of the climate the tortoises had got to the territory o f Geogia and Aserbaijan. Suppose the phisico-geographical condition at the Black sea coast in Pleistocene made it possible for the tortoises to live there. Kolhida lowland - the only gate to the Black sea coast - was closed during the whole Pleistocene either by the transgressions which covered it or by large flooding in Ice Age which turned it into the swamp. It was impossible for the tortoises to exist here during the whole Pleistocene, also at the north-western coast of the Black sea because of the cool and wet climate in pluvial epochs of the Ice Age. We must mention once more
that the fossiles of the tortoises at the Cuacasus are dated not older than the late Palaeolit. Maybe the tortoises had got to the north-eastern coast of the Black sea through Kolhida lowland in xerotermic time (8-6 thousand years before our era). The climate at that time was very dry ( Puzanov, 1949). The Black Sea was jet at the stage of Ancient and New Black Sea transgressions which reached their maximum at 2-3 thousand years before our era and the level of the Black Sea was 7 m higher than the mordem one ( Markov, 1968).
If immagine that the events took place in such a way, than it took 3-4 thousand years for the tortoise to inhabit the coast from Kolhida lowland till Anapa (400-500 km). It meant that they moved 100- 150 m per year. That is quite possible.
Mybe because of this transgression and coming of the more wet climatic conditions one part of Kolhida lowland was covered with water and the other part turned into the mossed land. The existing continuous area of the tortoise maybe was divided into two parts and it is unlikly that they connected once more after that. Kolhida lowland with the climate of wet subtropics turned into insurmountable abstacles for the tortoises. If the “black sea” population was in the conditions of
isolation 3-4 thousand years then some changes in morphometry of tortoises shell must take place undowtably.
If the black sea population existed in isiolation 3-4 thousand years then some changes had to take place in morphometry o f tortoises carapax and plastron. Having morphometric data of the black sea and Caspian sea populations of Testudo graeca we dicided to compear six measurements of males and determine “coefficient o f differences” for each feacher between two populations. This coefficient is much smaller than 1.28. So these data can’t be the base fo separation of subspecies. The lineal override of the measurements is rather hugh even visually
So we see that the question of separation property o f new subspecies Testudo graeca nikolskii it open till now. For the final searching of this question it is necessory to make additional investigations with new methods such as caryo - systematics for example.


Acknowledgements
We would like to thank Michail Galichenko for giving us the data on the tortoises from the Caspian Sea.
Also we would like to thank Solomon Pereshkolnik for usefull advises. Some o f the researchs in the field were made under the financial support o f the Wildlife Conservation Society (New-York).